Epitel Has Found a New Way to Detect Seizures 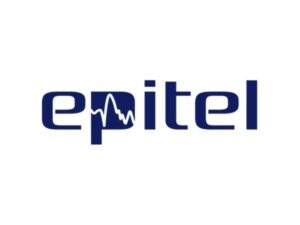 The brain (put way too simply) is a complicated organ that remains hard to fully understand and perhaps just as difficult to monitor for health and disease. Researchers and clinicians tend to use neurons—the brain’s electrical circuitry—as the primary blueprint for the brain’s input and output. This is known as an EEG or electroencephalogram.

Current standard brain signal tracking records brain electrical activity using scalp electrodes that stick to the scalp’s surface via adhesive gel, providing at least some level of “non-invasive” measure of brain function. But this sticky electrode setup is not convenient, cheap, or easily accessed by the vast majority. In fact, upwards of ⅔ of US residents live further than 90 minutes from one of these machines and the specialists who are actually trained to analyze the readings. This poses a particular barrier for those who suffer from chronic brain signal dysfunction, such as epilepsy—a condition wherein the brain fires its electrical circuitry uncontrollably for a variable amount of time, from just a fleeting moment to a sustained period of several minutes.

Could there be an alternative? In the wake of a strong line-up of health tech innovation in the EKG space to monitor heart electrical activity on the go—such as the Apple Watch and other smart devices—it is somewhat surprising that no equivalent has previously existed for brain monitoring.

Now, Salt Lake City-based Epitel is developing a wearable, wireless EEG monitoring platform for seizure detection—one that won’t need all that adhesive gel and won’t require someone to travel 90 minutes just to hook up to one of these things for hours to days at a time.

Epitel has primarily been funded through grants from the National Institutes of Health (NIH) but recently announced the closing of a $12.5 million Series A financing for initial pilot commercialization and further development of its proprietary platform in partnership with co-leading Catalyst Health Ventures and Genoa Ventures.

“We intend to further expand our product pipeline for use outside the hospital by people living with epilepsy and other seizure conditions,” says Epitel CEO Mark Lehmkuhle.

With the promising results in hand, Epitel received FDA clearance for its first product—a wireless and wearable EEG sensor and remote access software known as REMI® for use within hospital emergency rooms and critical care units. REMI first received clearance from the US Food & Drug Administration in 2021.

Uniquely, Epitel has developed its innovative tech with the objective of bringing remote brain monitoring to the masses without the need for patients to travel long distances and be seen by specialists just to receive a diagnosis of a seizure. REMI is designed to provide comprehensive spatial EEG recordings that can be administered by non-specialized medical personnel in any medical center, anywhere.

“[REMI] has the potential to revolutionize the diagnosis, treatment, and management of seizures within the hospital,” Lehmkuhle says. “With Epitel, patients—no matter their geography—may have access to essential EEGs during the most critical times of need.”

Certainly, more than 70 million people worldwide who have epilepsy are hoping these statements ring true in the long term.